Home / News / The splendor of Truth on the encyclical Veritatis Splendor

The splendor of Truth on the encyclical Veritatis Splendor

The splendor of Truth on the encyclical Veritatis Splendor

Excerpts from a masterly lecture by cardinal Muller, published in Italian in issue No. 177 Timone

(…) Falsehood and evil do not exist as a created substance, because any form of existing that was contrary to truth and the good would be a contradiction in itself. They first come into being when a human being deliberately deviates from his own dynamic toward truth and the good, and therefore toward God. The formal cause of mortal sin is the free decision not to turn the will toward its appropriate object (Thomas Aquinas, Quodlibet V, q. 10, art. 2). The material of sin consists of concrete offenses against God’s commandments. Mortal sins against the first tablet of the Decalogue are committed against God directly, while the sins against the commandments of the second tablet are committed against God indirectly. However, they are nevertheless evil in themselves. God’s commandments are not a system of rules enacted for the sake of external order. They are the expression of God’s holy and sanctifying will for His creatures. The law of the New Covenant is the law of freedom, which is realized in the commandments of the natural moral law as orientation toward love of God and love of neighbor (Quodlibet V, q. 10). The commandments of the Decalogue are revealed in words to the Jews and written on the hearts of the pagans and present in everyone’s conscience (Rom 2:14).

In the Old Testament God Himself is the one who speaks to His people through the mediator Moses. The commandments are addressed to the will, so that we might recognize God in them and obediently carry out His will, which makes us holy. God does not confront those whom He addresses like a lawgiver with a claim to power. The obedience that He demands is not outward compliance, but rather the gift of the heart. Man is united with God in the covenant of grace and love. He reveals Himself to His people by reminding them of His saving deed of liberating them from slavery in Egypt: “I am the LORD your God” (Deut 5:6). Between God and Israel there is an I-Thou relationship of one person to another. It is revealed in God’s gifts of freedom and life.

We are dealing here with a covenantal ethics. Morality is founded upon grace. Religion and morality are two sides of the same coin. Jesus, the Mediator of the New Covenant, in freeing us from the power of sin and death and of the Law, which on account of our sins could not perform its salvific function, did not separate ethics from faith. Rather, He restored and eschatologically perfected the original unity between knowledge of God and love of God, faith and life, grace and good works.

In the Decalogue we do not find an era-specific list of rules that also allow exceptions. Although the Pope possesses the plenitudo potestatis [fullness of authority] in the Church, even he cannot dispense from the divine and natural law, but only from the positive ordinances of human law. The Ten Commandments are God’s definitive Yes to the life and the freedom with which the Creator intrinsically endowed man’s personal nature. The first three Commandments oblige us to acknowledge God as the sole source of life and freedom. The second tablet of the Decalogue begins with parents as the mediators of life in begetting and raising their children. Next comes the Command of the fundamental right to life, which we owe to God alone; therefore no one can dispute someone else’s right to life without sinning seriously against God’s holiness. The Sixth Commandment protects marriage, the family, and sexuality, which bear in themselves the responsibility for future life. In the Seventh Commandment property is protected as a legitimate basis for life, because the gifts of the earth were made available by God to everyone. The Eighth Commandment deals with the truth as the sole basis for human coexistence in freedom and solidarity. The last two Commandments with their prohibition of “coveting” underscore the connection between word and deed, interior disposition and outward execution in our moral and pragmatic activity.

The “rule and exception” approach to obeying God’s Commandments totally misconstrues the character of the covenantal ethic of grace. For a human being has to do with God not only in faith but also in his deeds. In every good work we glorify God and share more and more in His holiness. And in every evil deed we offend against God’s truth and goodness. “In the practical judgment of conscience, which imposes on the person the obligation to perform a given act, the link between freedom and truth is made manifest” (VS 61), and we pass judgment on our good and evil deeds. However we do not make any existential decisions to allow “exceptions to the general rule and thus permit one to do in practice and in good conscience what is qualified as intrinsically evil by the moral law” (VS 56).

The question of whether there can be such a thing as an intrinsece malum, something intrinsically evil, answers itself, because evil in itself cannot be good. When a human being in the exercise of his free will deliberately acts against God’s Commandments, he does not realize his freedom but rather directs it away from God. He loses contact with God’s goodness and harms himself. Non enim Deus a nobis offenditur nisi ex eo quod contra nostrum bonum agimus—God is not offended by us except by the fact that we act against our own good, our welfare and salvation (Summa contra gentiles III, 122). The Commandments are not a prison or a golden cage for our freedom, but rather the paths to our final destination: union with the truth, the goodness, and the love of God which perfect us.

It is not enough for a human being in his freedom to be oriented formally to God or to make a merely transcendental fundamental option for Him, while as a matter of fact in his conduct he is oriented to the circumstances and situations. “Particular acts which flow from this option would constitute only partial and never definitive attempts to give it expression; they would only be its ‘signs’ or symptoms. The immediate object of such acts would not be absolute Good (before which the freedom of the person would be expressed on a transcendental level), but particular (also termed ‘categorical’) goods” (VS 65).

A concrete human being, however, is not divided up into a formal and a material freedom, a transcendental and a categorical or empirical ego, an ethically-neutral instinctive nature and moral self-consciousness. What is contrary to God’s goodness, which we strive for in all activity as the true good, is also bad in itself. For example, there can be no coexistence between the one true good of the First Commandment and some incidental polytheistic customs. There is no such thing as legitimate murder, holy adultery, permissible theft, or a pious lie. Contrary to all the arguments that try to characterize adultery under some circumstances as not being an intrinsece malum [intrinsic evil], Thomas Aquinas, who lately has again been so highly esteemed by the Magisterium, says: “Dicendum est quod absque omni dubio tenendum est quod fornicatio simplex sit peccatum mortale,”“I answer that, without any doubt we must hold simple fornication to be a mortal sin” (Summa theologiae II-II, q. 154, art. 2 corpus). This is true of any sexual union outside of legitimate marriage.

Precisely because we are called to freedom in Christ, we must not let ourselves become slaves of sin and the flesh again (Gal 5:1-26). Serious sins exclude a person from the kingdom of God. “Neither the immoral, nor idolaters, nor adulterers, nor homosexuals, nor thieves, nor the greedy, nor drunkards, nor revilers, nor robbers will inherit the kingdom of God” (1 Cor 6:9-10). Circumstances do not change the moral judgment on an action that in itself aims at evil and thus leads away from God’s goodness. Even a good intention cannot make a good deed out of an evil action.

A mother cannot at the same time fundamentally love her child yet injure his dignity or cause him serious physical harm. Certainly in raising a child methods are used that displease him at that moment but do him no real harm. A good end does not justify bad means. The physician may have to amputate a diseased member of the body in order to preserve the whole organism. But in this case we are not talking about a morally permissible injury to the body, but rather about the legitimate application of an appropriate medicinal means of preserving life.

Although in every action of a human being all the circumstances and consequences should be taken into consideration also—something that as a rule surpasses human capabilities, however—the consequentialism and proportionalism of a teleological ethical theory must be ruled out as a criterion for deciding the moral goodness and badness of an action (VS 75). Under some circumstances a lesser evil can be taken into the bargain [as an unintended consequence]. But something that is in itself evil cannot be intended by the will. Something evil does not become good through a good intention and good means. We cannot summarily weigh the overall effect of an action against the partially evil “fallout“ from it if we are talking about a moral evil. For then the question arises, for whose benefit is this overall effect intended and who is burdened by it?

The situation is different with personal guilt, which may be diminished because of the circumstances and the exigencies of the acting person. But ultimately only God can decide about these things; in His judgment on us He also sees into our hearts. It is not permissible to do evil so that good may result from it (cf. Rom 3:8).

We should neither pit faith against reason nor sever the bond between doctrine and life. And by no means may pastoral practice be uncoupled from dogmatic theology. For the Church’s concern about the path of the individual human being in his concrete situation leads to success only when that person comes to the Gospel through faith and conversion. 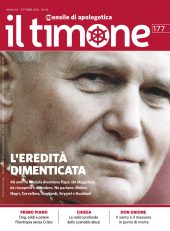