It is not just No tre Dame that burns. In Saint-Sulpice the historic gate was set on fire in a “malicious” manner. In the church of Notre Dame of Nimes the altar was strewn with excrement, the church sacked and the consecrated hosts dispersed. In dozens of other churches, crucifixes and Madonna statues were destroyed. On average, the Ministry of the Interior has recorded three cases per day of anti-Christian attacks: vandalized churches, desecrated cemeteries, damage to crosses and outdoors votive shrines. According to Jérôme Fourquet, Catholicism in France is going through its “terminal phase”. We talked about it with Dominique Rey, bishop of Fréjus-Toulon.

Your Excellency, is there an evangelization emergency in the France of no-go-zones, of the burkini, of the veil to the baby girls, of the school canteens and of the parishes that wink at Ramadan?

«Today, in a context marked by secularization and by an hedonistic culture, evangelization is more urgent than ever. The obstacles are in the social context: relativism, consumerism, closure to every form of transcendence. But for the new evangelization there are also obvious obstacles within the Church itself. The pastoral care is affected by a form of sclerosis: we do not want to take a step back and we are afraid to change the current comfort zones, we are prey to immobility. Between relativism that denies transcendence and the new advance of Islamic religious fundamentalism, the Church must develop a more incisive presence».

Roy, a well-known political expert, interviewed about his new essay, said “It’s all a matter of secularization, but also of deculturation, due to globalization […]. What I see is the religious inculturation of unbelievers: abysmal and inedited. In my book I cite the case of that parish in Aubagne who had to interrupt a marriage ceremony because the guests were distributing beer cans in the church”, what do you think?

«In the past, even those who said they were non-Christian lived in a cultural context marked by Christianity. Today’s unprecedented situation is the symptom of a laceration of the anthropological and ethical roots inherited from Christianity. Roots that have abandoned our culture and our societies. Once the Christian roots, which were the common denominator, were removed, they turned to communitarianism, which led to a social fragmentation that is leading to a break. To find a common base of values and points of reference, Europe must restore centrality to its Christian roots».

You were also the first French bishop to go to Syria on a pastoral visit to persecuted Christians. Why is there so much fear in speaking of the martyrdom of Eastern Christians in Europe?

«The Oriental Christians are our roots, our memory. In the countries where they live with the violence of Islam, they teach us the virtue of heroism. In the East, Christians are carriers of national unity. This should be a model for our European communities. Today, to be a Christian in a world that is no longer Christian, there is only martyrdom».

About martyrdom: what signal does the beatification process of Father Hamel send to the West?

«There is an internal logic in the violence: it is reproductive and leads us into an infernal circle. The testimony of Father Hamel, who was murdered by jihadism while celebrating Mass, teaches us that we can come out of violence with mercy. Violence is taking hold in our societies in the name of injustice, exclusion and marginalization. We must face the violence that begins even from the shaken and fractured families».

Only a few days ago the last striking case of a very long and serious series of attacks and vandalism to the French churches. The door of Notre Dame de Tour in Toulouse smudged with the inscription, “Allah Akbar”. What’s going on?

«There is an evolution of acts of profanation against monuments, but also against the Catholic faith itself. In the past, even if one was not a Christian, the expression of the sacred was respected. We are facing a serious threat to the expression of religious freedom. Secularism must not be a rejection of the religious, but a principle of neutrality that gives everyone the freedom to express his Faith».

The fault of the ferocious persecution of Catholics in France is to be given more to secularism or to Islam?

«We are witnessing the convergence of laicism – conceived as secularism, which relegates the faithful only to the private sphere and where every religious denomination is banal or stigmatized -, with the overwhelming emergence of Islam, which attacks the infidels and those who reject the Koran.  On one hand, we are mocked by the media that discredit the action of the Church, in particular regarding sexual abuse, and on the other, there is the strengthening of Islamic fundamentalism. These are two joint realities».

Out of metaphor, what happened at Notre Dame was seen somewhat as the symbol of the decay of Western Christianity. What is the situation like in France?

«The number of Christians is dramatically decreasing, there is a decline in the practice of the sacraments and a consequent aging of the practitioners, but also the emergence of a certain type of initiatives of a Christianity that has become a minority. With the collapse of cultural and Christian references, there is the emergence of a new generation of evangelizers. Because man cannot do without the question of God within himself. If we abandon the apostolate, practices like esotericism, syncretism and agnosticism will recover. Looking at the fire of Notre Dame, we do not want the Faith, history and beauty to be corroded too».

In decidedly unsuspected times you have dedicated a volume to environmentalism and ecologism which are so popular in Macron’s France (“Catholicism, ecology and the environment”, Faith and Culture). What do you impute the current ecological crisis? Why do you write “the world is not God”?

«To the fact that we are faced with the contempt of the man himself and his own humanity. By the expression “the world is not God” I mean to add that man is not God. He is not his norm himself. Today the great temptation is to want to manufacture the human, to produce life and even destroy it when it no longer seems useful or when it seems too expensive (euthanasia, abortion …)».

Environmentalism is the proof that the world is not and will never be perfect, that “faith in progress” has failed. What should a man restart from?

«From the Enlightenment the idea of continuous progress has inhabited our society. The great wars that have bloodied the 20th century, the economic crises and environmentalism make us understand that progress is not an acquired fact and that it cannot be reached in spite of man. Only Christianity can offer keys to understanding, analyzing and putting into practice the true happiness of the world. Starting from family support and social doctrine».

You have shown that you are very attentive to the liturgy and its integrity. With all the problems of the Catholic Church, does it make sense to dwell on this?

«The current crisis in the world brings us back to the foundations of life and the question of its meaning. The liturgy for me is not a space or a time that acts as a parenthesis in the life of the world, but a gesture through which the divine unites with the human. Offering an interiority, a sacred presence, a purpose. Humanity will be able to recover itself only if it finds its soul. Which is what every Eucharistic celebration reminds us of, and this is why its integrity is so important». 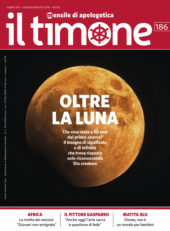 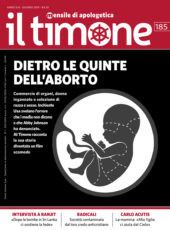 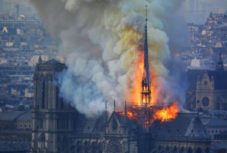