Home / News / The Pope who opened the breach

We publish the English version of an article from Il Timone. Benedetta Frigerio interviews the American scholar George Weigel, Wojtyla’s biographer, to learn about the role of G.P. II in opening the breach on the wall, even within the Vatican Knowing how the Polish Pope dealt with one of the most widespread and powerful regimes in history is not a pure historical erudition exercise. The recurrence of the anniversary of the fall of the Berlin Wall and of how the action of Saint John Paul II contributed to the end of the Cold War, in fact answers questions that are very actual: how should the Church behave in the countries where She is persecuted? Is it better to compromise with the power and keep silent about the truth, or not to stop reporting evil? Which of these two positions, in a long-term view, truly preserves the faith and existence of Christians? Probably nothing like the courage of the holy pope and his love for the man and for the truth (also proclaimed in such a dramatic and delicate historical situation for which he never lacked prudence) answers, through the words of his biographer, George Weigel, to these questions.
Weigel, John Paul II was born three years after the Russian communist revolution. How did this affect the Poland of his childhood and his formation?
“When Karol Wojtyla was a child, stories such as that of the” Miracle of the Vistula”, the defeat of the Red Army by the new Polish Republic in August 1920, which occurred a few months after his birth, were certainly told him. But Wojtyla would become truly aware of what it meant to live under a communist regime only in the period immediately following the Second World War”.
Poland had been invaded by Russia in 1939 but it was precisely at the end of the war, in ’46, that Wojtyła was ordained a priest and then became archbishop of Krakow. What were his relations with the political authorities?
“As a young priest, Father Wojtyla chose to create areas of education and freedom where young people could openly speak about their lives, their aspirations and their beliefs. This was in itself a very important form of resistance to communism, a way of “living in the truth”, as Vaclav Havel will describe it afterwards. However as archbishop of Krakow, Cardinal Wojtyla was a strong and tenacious defender of the human rights of all Polish citizens. He was then really tireless in trying to build and find spaces so that the Church could freely live according to its own terms”.
But what were the relations between the Polish Church and the regime?
“The relations were clearly always full of tension, but the worst period was between 1953 and 1956, when the heroic Polish primate, Cardinal Wyszynski, was placed under arrest. However even after this period, relationships were always characterized by the terms of “us and them” or “war at all hours”, as once told me Cardinal Stanislaw Dziwisz”.
The Catholic people seemed to resist the ideology of the enemy even though there were often attempts by the regime to control the Church. Can you explain how?
“The regime tried all sorts of tactics to try to control the Church. By hiring agents among Church staff, spying on churchmen, checking telephones, placing bugs in apartments and offices, denying permission to build new churches and occasionally even using physical strength. I described this ongoing struggle in detail within the second volume of the biography I wrote of John Paul II <The end and the beginning – John Paul II: the victory of freedom, the last few years, the legacy”.
What did it mean for the universal Church to have a pope with this background, but above all how did the Church change her approach against regimes?
“Pope John Paul II acted with great determination to defend the human rights of every man who lived beyond the Iron Curtain, which had a great effect. At the same time, the pope was quite shrewd with his Secretary of State, Cardinal Agostino Casaroli (the architect of Vatican policy, very soft, the so-called “ostpolitik”). Which meant that the communists could not protest that the Vatican would deny the offerings made under the pontificate of Paul VI. While with Casaroli, who continued to negotiate with the regimes, there was a real strategy of “good/bad collaboration”, with John Paul II, however, who continued to exert moral (and therefore also political) pressure towards the Communists , Vatican foreign policy radically changed”.
Despite knowing that many Christians lived under communist regimes, the pope never stopped denouncing their abuses. So, he chose the path of the Truth and the Cross. Imprudence or foresight?
“John Paul II was once asked which was the most important word in the Bible and he immediately replied: “Truth”. He was convinced that freedom brought liberation and that a firm and compelling statement of truth was an effective tool for resisting tyranny. And so it was”.
In 1979 the pope flew to Poland, how did he get permission to travel as pope to his homeland and what happened in those days?
“The communist regime in Poland knew that it could not prevent a Polish pope from returning on pilgrimage to his homeland, despite the objections of the Soviets. What happened during those nine days in June 1979 was quite dramatic: the history of the twentieth century turned and took a more human direction, because John Paul II turned on the fuse of a revolution of consciences appealing to his people to recover and live the truth in itself, its own culture, its historical legacy”. In the late 1980s, the Solidarnos`c` resistance movement developed, demanding respect for the 1975 Helsinki treaties. Despite being persecuted and unpopolar in power, John Paul II did not hesitate to speak publicly in favor of Solidarnos`c`. Why? Today it would be said that such an approach would put its members at risk. Was this so or did the words of John Paul II serve to liberate Poland?
“As I just said, John Paul II was convinced that his first duty was to tell the truth. He was never politically imprudent, but was very courageous in defending with his own voice what was to be defended. As he himself briefly expressed after his election, the “Church of Silence” would no longer be silent, because it would speak through its voice”.
What was his relationship with the Soviet heads of state and in particular with Mikhail Gorbachev?
“John Paul II respected Mikhail Gorbachev as a human being and as a man of principles, but the pope was never persuaded by Gorbachev’s vision of the possibility of “reforming communism” which he knew was a contradiction in terms. The revolution of consciences and of a resistance linked to the defense of human rights which John Paul II gave birth to in Poland and which resounded, spreading in chains, in all the countries of the Eastern bloc was a crucial factor in solving the Cold War and in the fall of the Berlin Wall. Every serious historian of this period recognizes and admits that John Paul II was a central figure in what is known as the <1989 revolution>”. 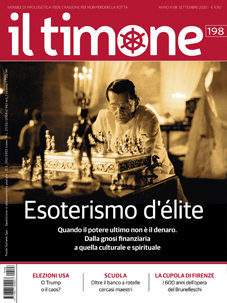